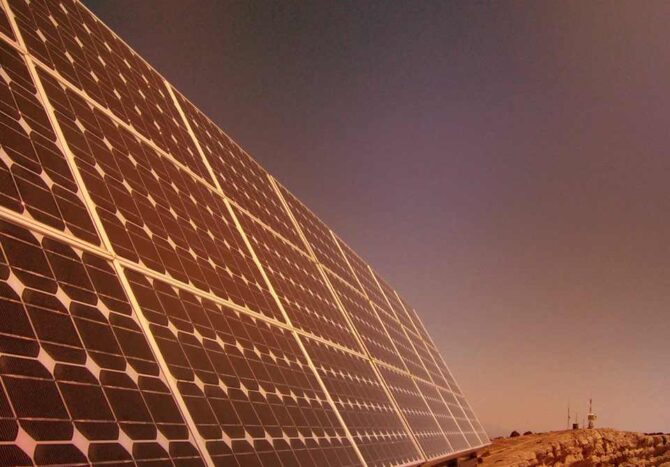 The simplest method for capturing solar is the conversion PV, which is convert solar energy into electrical energy via cells solar. These cells are made based on pure silicon with the addition of impurities of certain elements chemicals, and are capable of generating each 2 to 7 Amps at a voltage of O.4é to 0.48 V, using feedstock radiation solar. Support both direct and diffuse radiation, which means that you can get electricity even on cloudy days. The cells are mounted on series of panels or modules sun to get suitable voltage applications electric; panels capture energy directly transforming solar electric power as continues, it will be necessary to store in batteries in order, if desired, to use outside of daylight hours.

Elements of a Facility