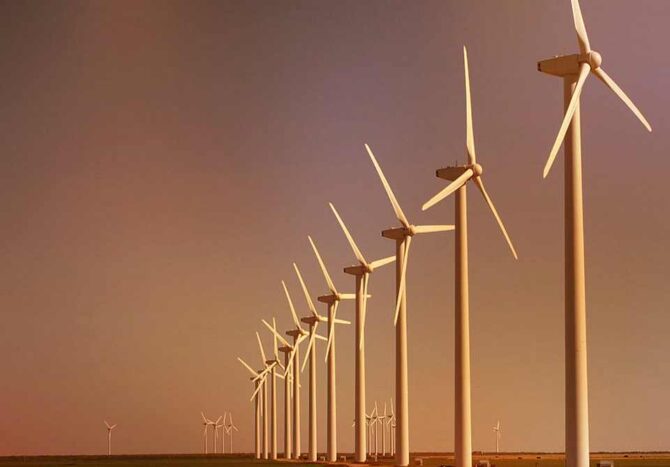 Another alternative to produce electricity from wind energy provided by wind. The device capable of performing this conversion is called a wind generator, and consists of a rotating mechanical system, fitted with blades as the old windmills, and an electric generator shaft integral with the drive system. Thus, the wind, spinning blades, it also turn the electric generator, which in turn produces electricity that is stored in battery systems.

Generator.
Is the fundamental component of the installation. Is a set of photovoltaic panels, or wind, or a mixture of both to capture energy from the sun, or wind, and convert current a low voltage (12 or 24 V typical).

Charge controller.
The regulatory system has basically three functions:
Avoid overloading and deep discharging of the battery, which can cause irreversible damage to it. Panels in the periods without light. Ensure that the system operate at maximum efficiency point. The controller is one of the most important elements of a solar system because of its proper functioning depends entirely on battery life.

Inverters.
High performance microprocessor-controlled and configurable by the user using a liquid crystal display. This same screen continuously displays information about the state of the system, including the energy consumed. in addition to producing an output wave Form suitable For all applications, they have a very high yield [above 95% at rated power), which hardly produce losses in the conversion DC / AC. Because of this it is possible to have AC to 230 V and 5O Hz tor the entire facility, both tor appliances such as lighting, thus improving overall system performance, since a 230 V voltage drop in the distribution is much less than l2 or 24V.

Accumulator.
The electricity produced by solar panels or wind generator can follow two paths:
The time consumed or stored. To have this power out of the daylight hours or days without wind, it is necessary to install batteries or batteries whose mission is to store the energy produced by the generator and to maintain reasonably constant voltage installation. The steady accumulation system is a set of battery elements, generally lead-acid batteries, each of which produces a voltage of 2 Volts, This means that For a facility to l2 volts, you will need a 6 cell battery, in series, whereas it 24 volt battery will have l2 cells in series. Each game is called unity. The batteries are the conventional monoblock battery of a car, ranging in size depending on capacity.
The amount of energy that is capable of storing a battery depends on its capacity, measured in amp hours (For example, assuming a yield of 100% and total discharge of 100Ah battery can supply l amp For 100 hours or 2 amperes tor 5O hours, or 5 amps for 2O hours.) The number of days the battery can maintain consumption of the installation (number of days of autonomy) will depend on their capacity: the more amp hours you can store, most days. Therefore, the battery should be sized so that, without being overly expensive and not turn the system off balance, keep the consumption during the days of autonomy desired.

Appliances.
The appliances must be of low consumption, especially those who work long hours as refrigerators.